Printrbot experience - 3D printers are not for everyone

Allmost a year ago, me and three other friends decided it's a very good idea to support Printrbot kickstarter project and get our-selfs 3D printer. We didn't have any particular use for it (other than printing Raspberry Pi case when it arrives) but it seemed like the right thing to do. This post will try to explain how far did we manage to get with it and why we where wrong.

If you examine original Kickstarter page you will see following description:

A desktop 3D printer you can build in a couple hours. Print plastic parts you design or download - even parts for another printer.

Our experience can't be further from that statement. For a start, Brook Drumm (to whom I'm ethereally grateful for his efforts to make 3D printers commonplace) got his campaign funded with 1,808 backers who spent $830,827 instead of just $25,000 goal he envisioned. This was both good and bad. Good part was that after funding we knew that we will have 3D printer (I'm carefully not mentioning printing anything), but the bad part was logistics: there was simply no way he would be able to print 1808 versions of original design on 3D printers themselves (idea of RapRap-like printers, which Printrbot was one iteration, was always to make them self-replicating). So, he decided to change design and move toward wooden laster-cut parts for most of construction, and print just parts which where necessary.

This also introduced significant delay in printer shipment, but when you are funding Kickstarter project, you should be prepared for it, so I'm not complaining. When it finally arrived this summer (10 months after end of Kickstarter campaign), it was significantly bigger than I expected: 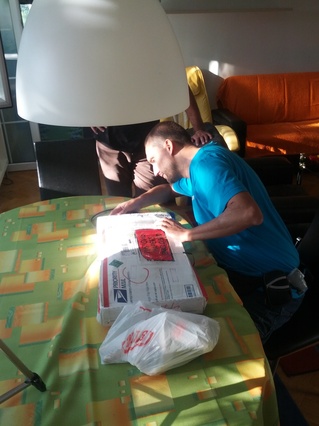 To be honest, we did upgrade to bigger Printrbot PLUS so I guess we should expect a lot of parts. As we are mostly software geeks, we did only reasonable thing to do: check if all parts are present comparing it with bill of materials which we got printed out. 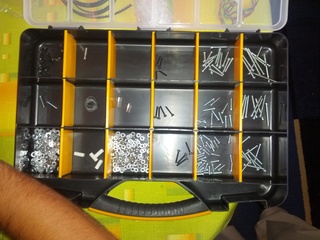 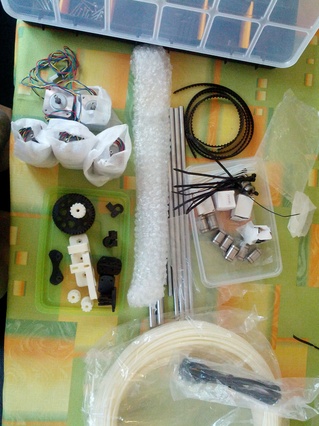 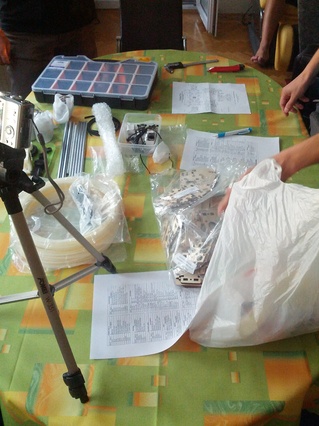 This is the point where our problems started. We had missing one bag of parts which included termistor and switches. We contacted Printrbot HQ and they sent us missing parts. We started assembling following Printrbot Building Instructions by Brook Drumm and it took us more than 50 hours to get to our first blob. 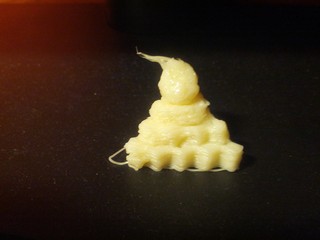 Of course, it didn't work perfectly on first run. We where trying to print 5mm Calibration Cube Steps is ABS plastic which we received with our Printrbot (we even got additional 450g of ABS plastic as replacement for power supply which wasn't part of international shipments). 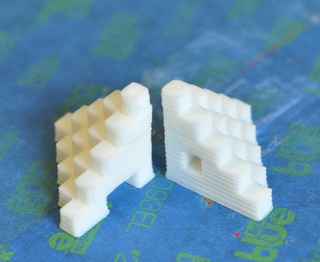 Actually, it still doesn't work well as you can see in video below, but we are hopeful. In the meantime we figure out that best source of information is Printrbot Talk forum and wiki. Forum is somewhat depressive since most users have some kind of problems with their built, just as we do.

To be honest, we didn't expect smooth ride. However, as I mentioned before we are not really hardware hackers, and my only conclusion is that home-made 3D printers are really for people who already have enough experience to make their own 3D printer, and not for software guys like us. However, we won't give up, and I fully expect to have working printer (after we get replacement barrings from Printrbot HQ because our are sticky). We are collecting useful add-on models and instructions on our Printrbot wiki page but I didn't expect that we will have to contact Printrbot HQ twice for missing and replacement parts. But eventually we will be able to print Raspberry Pi box, I hope :-)